Looking back on the year of this module, these students have created a massive amount of very innovative theatre. They broke new ground in the radio programme and in their two interactive theatre pieces. I am very proud of this work that each contributed to. The learning curve was huge in each project that they worked on in this module – something that I take great pride in with this group.   The radio programme was put together very quickly and with great success even though it was the first time for all of us to produce such a piece of interactive theatre. The plays were tightly written and suitable for forum theatre. The liaising that went with the Multi-Media team was good & successful. The interaction with the audiences seemed successful. As a listener, I was pleased with the actors’ ‘antagonism’ although the interventions on the part of the listeners were a bit ‘theatrical’ [I think there is something about the familiarity of the actors as well as being ‘live’ on the radio]. I thought the Jokering was very very strong as well as the producing & actioning of the programme.
Posted by Matthew Hahn at 08:10 No comments: 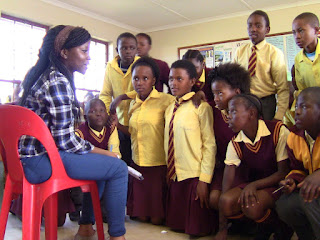 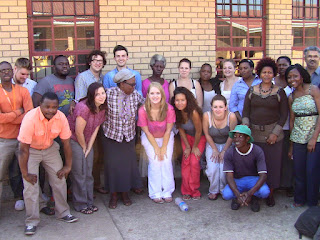 The entire group at at the Amawushe J.S. School in Umzimkulu, Kwa-Zulu Natal. 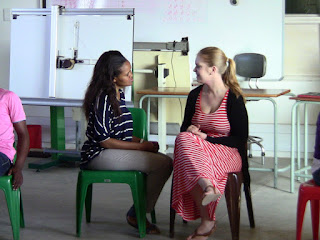 Workshop lead by Theatre for Development Lecturer, Matthew Hahn, at the Esayidi FET College in KZN on 'Bridging the Cultural Gap,'
Posted by Matthew Hahn at 06:37 No comments:

The two plays that were created for Africa were incredibly tight. The students worked them until they were a well oiled machine.  One of my regrets was that I could not find an appropriate place for the second play whilst we were in South Africa. The two performances of the Forum Play were successes. The second performance being more difficult that the first to get people up, but it was handled as well as can be expected. Upon talking with the ‘spect-actors’ after both performances, a good impression was made about the choice of topics as the subject matter. They said that they were surprised by the serious subject matter which you choice to explore in the piece. We hit our stride once we were leaving Durban. I, for one, greatly enjoyed facilitating the St. Mary's & the other UKZN students in a verbatim workshop.
Then it was on to the schools: we didn’t know much about what it was we were about to get into, but the students were more than prepared for any situation. As a facilitator, I was pleased at the time each group spent developing their workshops, amending their workshops after the first day and then delivering a wonderful ‘Theatre Festival’ for the community on Saturday. Their hard work was evident in each of the young people’s performances. Above this, they also handled the living situation [which was far from ideal] with great professionalism.

Then it was on to the college: again, we didn’t know much information about the group, but the workshop that they participated in was a success in the eyes of the South African counterparts. They were very interested in our stories & ideas and were pleased to do a ‘cultural exchange’ with students their age from the UK. Their work in this workshop was very good.

Then back to Durban: I was looking forward to observing the students' final facilitation with the community group 'Committed Artists'. They really made great theatre in such limited time. We were only there three hours and by then they had created three pieces of forumable theatre. I was glad to see individuals stepping up and leading the forum pieces at both the college & community centre.

The feedback at each of the locations in which workshops were delivered [university, college, school & community centre] gave us all high marks and, as I always say, you know that you have done good work if they invite you back next year. And each place has done just that. 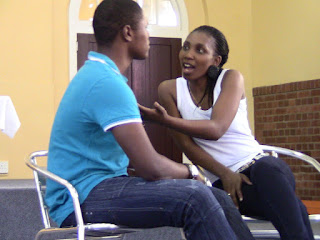 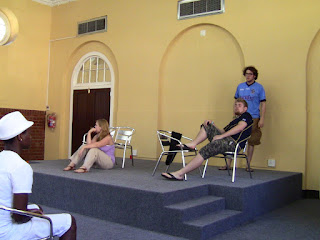 Posted by Matthew Hahn at 06:45 No comments:

Pictures from Theatre for Development Workplacement in South Africa 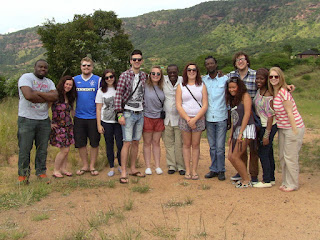 The Group in Durban 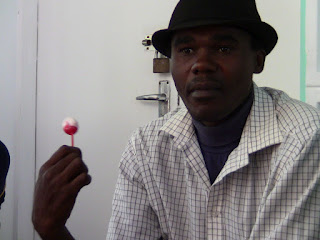 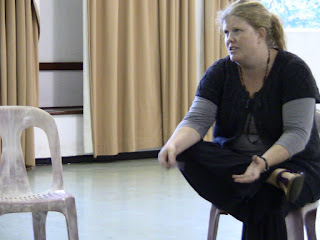 Workshop at the University of Kwazulu Natal with their Applied Theatre Head of Department, Miranda Young... 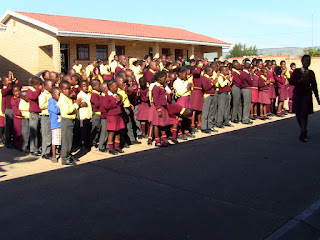 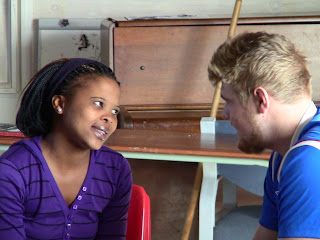 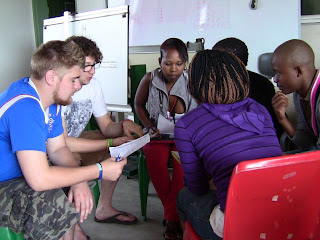 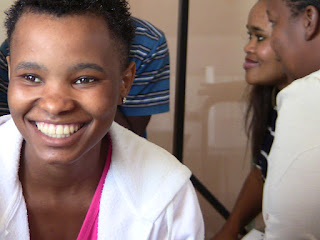 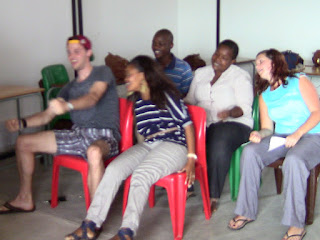 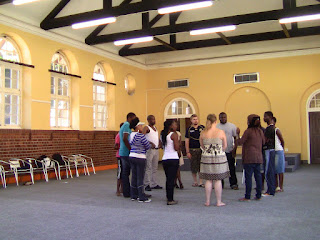 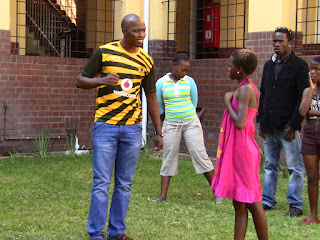 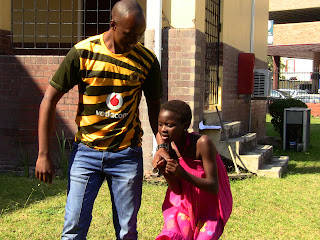 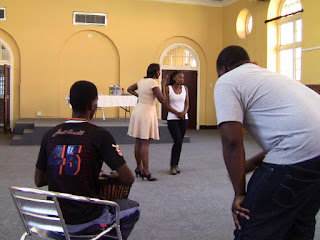 Workshop led by St. Mary's Students at the Committed Artists Community Centre in Durban.....
Posted by Matthew Hahn at 06:38 No comments: